Description:
The 2014 Winter Olympics was the largest single infrastructure project undertaken in Russian history.  Completing a world-class sports venue for almost 3,000 athletes from over 80 countries in less than four years included an incredible range of construction projects:

Products Used:
From the shores of the (salt water) Black Sea to the mountions above Sochi, with a geological fault system where the bedrock needed for stable construction lies at a considerable depth and the surface is mostly unstable sand, the PENETRON System of products was used to ensure durable and waterproof structures for a large number of buildings and projects that were part of the 2014 Winter Olympics.

More in this category: « "W" Residences at Sentosa Cove A&B Tower »
back to top 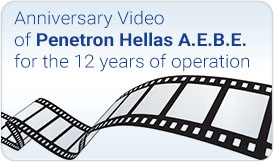 Subscribe to the Newsletter of PENETRON INTERNATIONAL and stay informed with the latest news on waterproofing and concrete protection (in English).